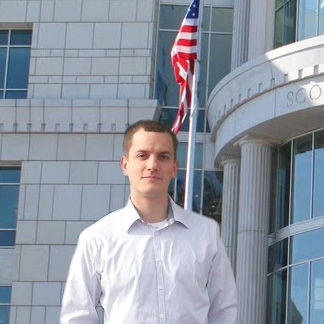 Service is a Family Trait

Born and raised on the south side of Chicago to William Lesko, a Chicago Police Detective, and Christine Lesko, a Lake Michigan tugboat dispatcher, Andrew is the youngest of four children.

He joined R.O.T.C. at Northern Illinois University with the intention to
commission as a 2nd Lieutenant in the Army, but was forced to abandon those goals a few months prior to commissioning due to a medical issue.
Andrew remained at Northern and earned his Bachelor’s and Master’s Degree in Accountancy with an emphasis in Taxation.  After working at Price Waterhouse Coopers in Chicago, Andrew left to pursue a legal career at the University Of Illinois College Of Law, where he met and married his wife, Christina Lesko, Esq.

While in law school, Andrew advanced in his school’s largest moot court
competition, eventually traveling to William & Mary Law School in Virginia to compete in a national competition.  He interned for the Cook County
State’s Attorney’s office and worked for two civil litigation firms while in school.  During his last year, Andrew was selected by the head of the International Studies Program to serve as the Chief Conference Reporter for the Second Hague Colloquium on Systematic Sexual Violence & Victim’s Rights at the Hague, Netherlands.

With an immediate family consisting of veterans, police officers, and teachers, Andrew is a member of the board who has a personal interest in the goals of the organization.